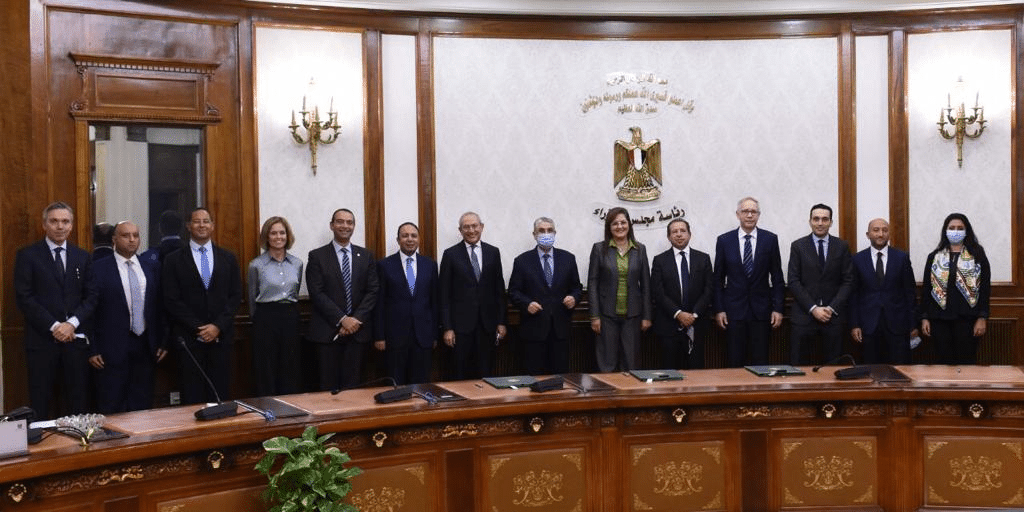 Mazghouny & Co is pleased to have advised Scatec ASA on its agreement with Fertiglobe plc, a leading ammonia producer owned by OCI N.V. and Abu Dhabi National Oil Company (ADNOC), and The Sovereign Fund of Egypt for Investment and Development (TSFE), for the joint development of a 50-100MW green hydrogen facility in Egypt, which […] 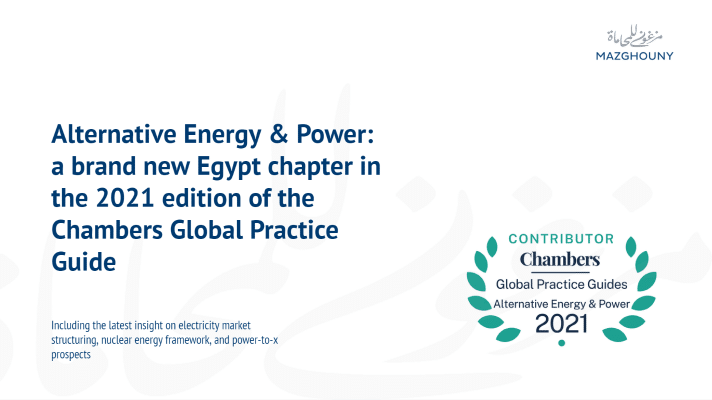 You can now read online our contribution to Chambers Global Practice Guide 2021 on Alternative Energy and Power, which discusses the Egyptian power market, climate change laws and alternative energy, and the legal framework regulating electricity generation, distribution and transmission. The guide also highlights the latest changes in the renewables market practice over the past […] 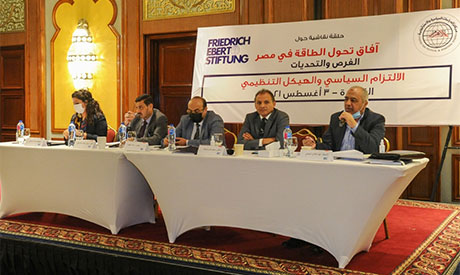 Mazghouny & Co has advised the South-African subsidiary of German renewable energy specialist juwi AG, on the agreement signed with Sukari Gold Mine to design, supply, build and integrate a solar battery hybrid power plant for Egypt’s largest gold mine, which is owned and operated by Centamin plc in partnership with the Egyptian Government. The […] 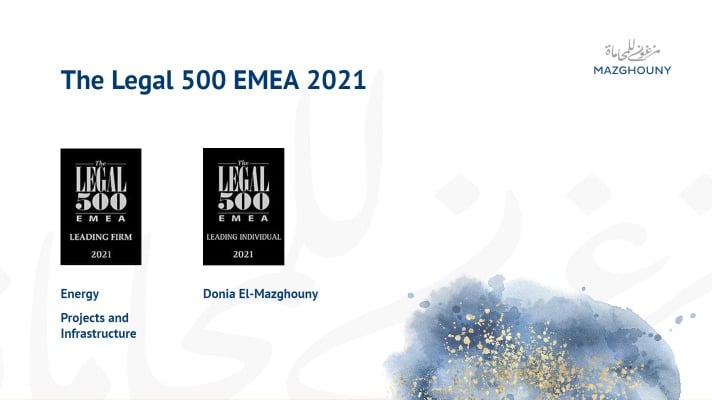 Mazghouny & Co is proud to have been recognised for its year of practice in Tier 2 for both Energy, and Projects and Infrastructure in The Legal 500 EMEA 2021 guide. The ranking is a testament to the team’s incredible work since the launch of the firm in February 2020. Donia El-Mazghouny, Founder and Managing […] 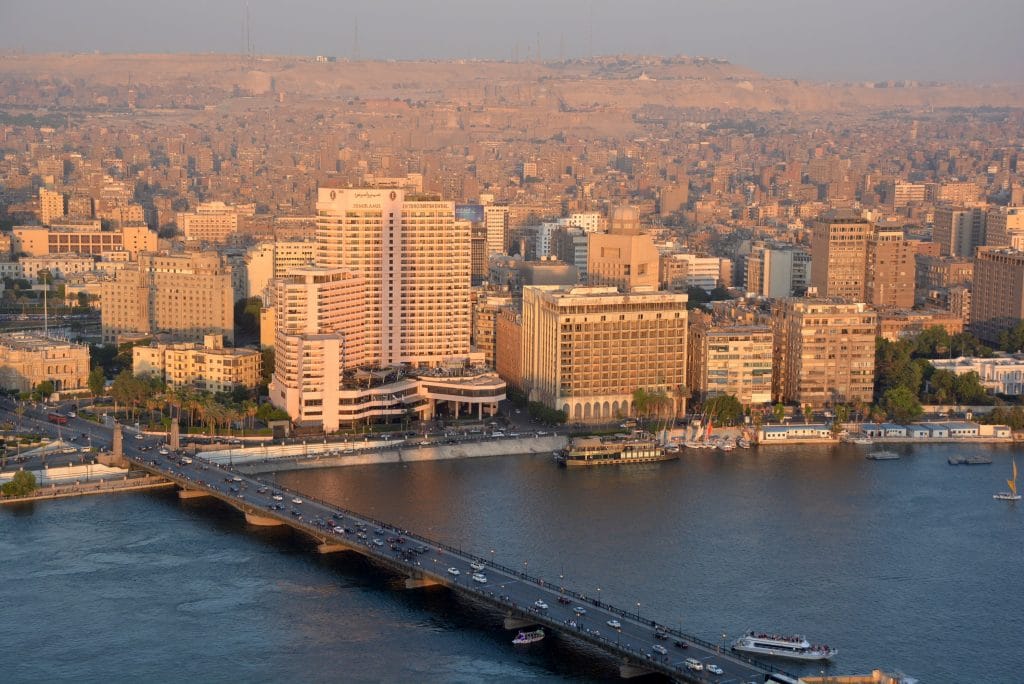 The Sovereign Fund of Egypt (TSFE) has just announced that the conditions booklet for the overhaul of Mogamma El-Tahrir will be made available “within hours”. TSFE will give prospective private sector partners a few months’ window to purchase the booklet and submit their bids on the project, which is anticipated to see the Mogamma transformed […]

Empower New Energy‘s first solar power project in Egypt has been commissioned earlier this month and is generating electricity for one of the country’s leading aluminium manufacturers. The 495kWp rooftop solar power plant has been financed by Empower and developed in partnership with Gree Solar. The project is expected to generate 859,658kWh per year, and […]

Donia El-Mazghouny, Mazghouny & Co’s founder and Managing Partner, shares her thoughts on the importance of gender diversity in law firms and how Egyptian women are navigating the legal field and pushing forward. You can read the interview here, to learn about her experience in setting up a law firm during Covid-19 pandemic, the challenges […] 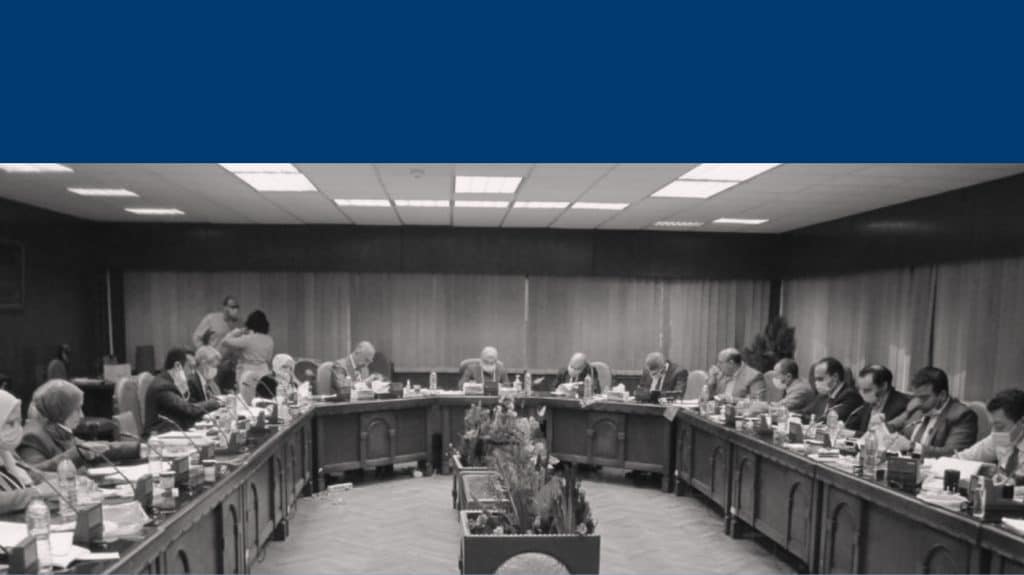 Mazghouny & Co has assisted 32 solar power developers in Benban in connection with the settlement of the cost sharing agreement cost overrun dispute which had arisen with the Egyptian Electricity Transmission Company (EETC) over a year ago regarding the shared interconnection works in the site. Mazghouny & Co has drafted the settlement agreement and […]